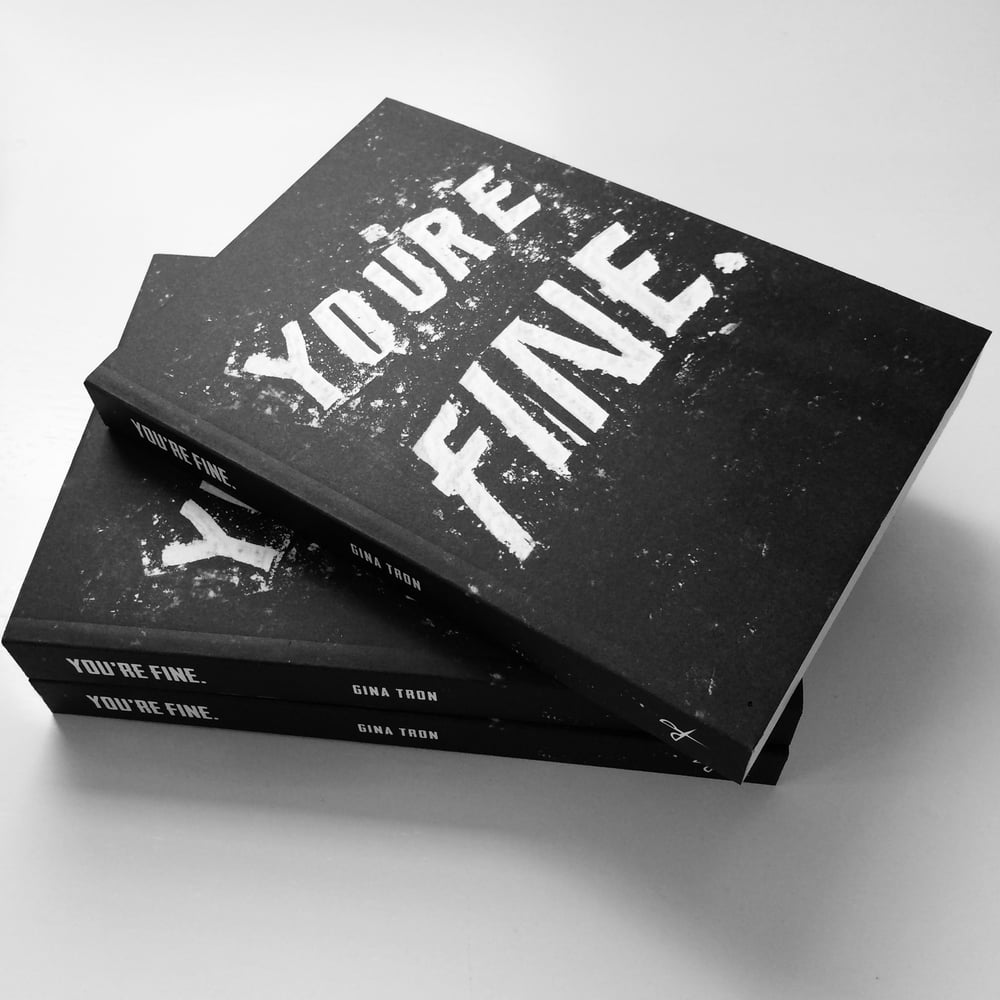 You're Fine. by Gina Tron

Gina Tron is not the best person at being a person, which is why on Christmas eve 2010 she checked herself into New York City's Gracie Square Rehabilitation Center and Psychiatric Institute. This memoir is an account of a self-proclaimed adult low life. It's a trip down Tron's cocaine-frosted rabbit hole as she observes the assembly line of broken people (herself included) produced by society, then labeled as incorrigible by failing institutions. She is not a vindicator of the floundering masses, but a stumbling shaman soap-boxing a nihilist spiritualism. Tron reminds us of our undeniable mediocrity; it's our averageness which makes us human, and our humanity which makes us extraordinary.